Imagine this: You're in a live sales meeting in a conference room with three decision-makers, and one of them, while you're talking, pulls out their phone and starts responding to text and email messages. They continue to check the news and start fiddling on social media. You even hear a light snicker.

But it happens all the time in the virtual world.

Buyers are constantly distracted by email or social media or their children or a pet or eating lunch or something else during your virtual meetings. In fact, according to FuzeBox, 92% of people admit to multitasking during meetings.

4 Reasons Why People Are So Easily Distracted in Virtual Meetings

According to researchers at the University of Toronto, York University, and SUNY Albany, 94.4% of meeting participants say they're able to pay attention during face-to-face meetings. But in the virtual world, it drops to 41.7%.

Our own research has revealed that 91% of sellers are challenged by gaining buyers' attention and keeping them engaged.

Why is it so difficult to maintain attention during virtual meetings? Consider these four top reasons:

It's up to you, then, to take the lead in minimizing multitasking by maximizing buyer engagement during virtual meetings. Let's dive a bit deeper and discuss 10 ways you can maintain the engagement threshold.

Let's say you have a 30-minute meeting. If you ran the meeting virtually the same way you would run it live, it's possible you might not reach a higher engagement threshold. Here's how it looks: 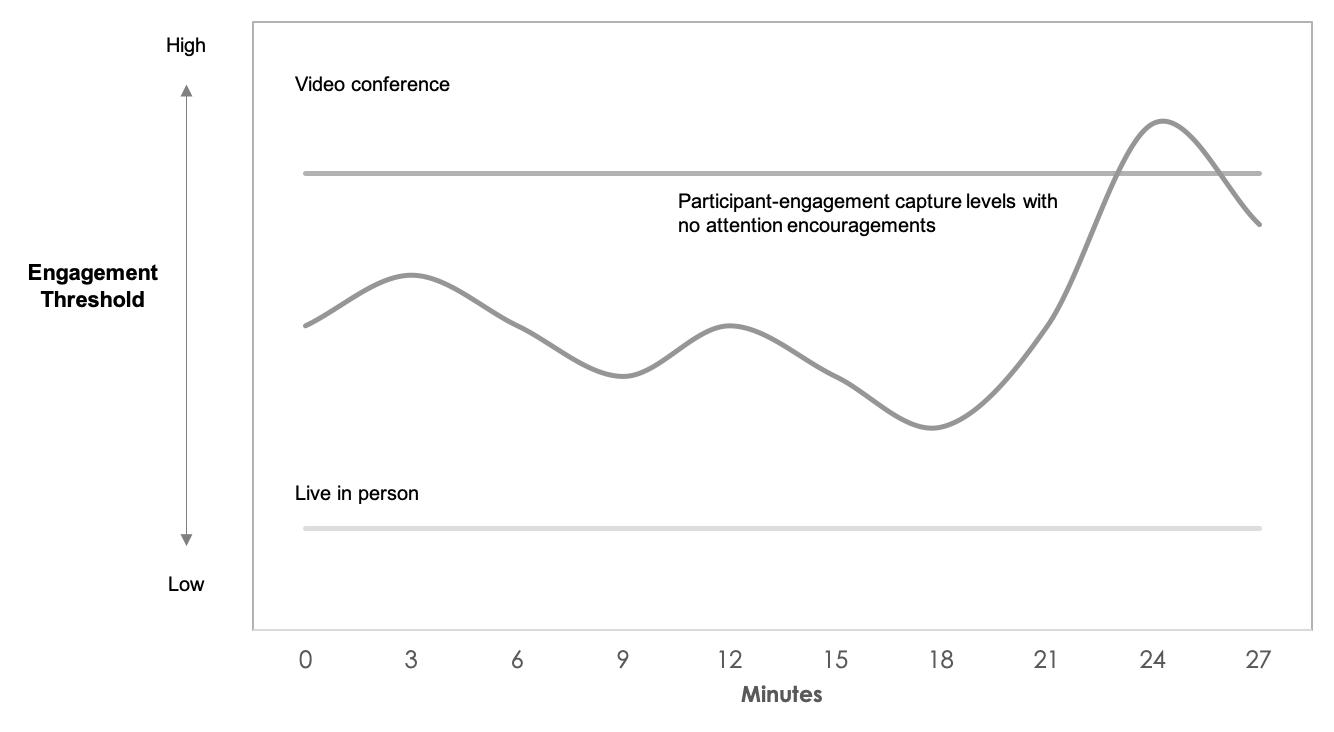 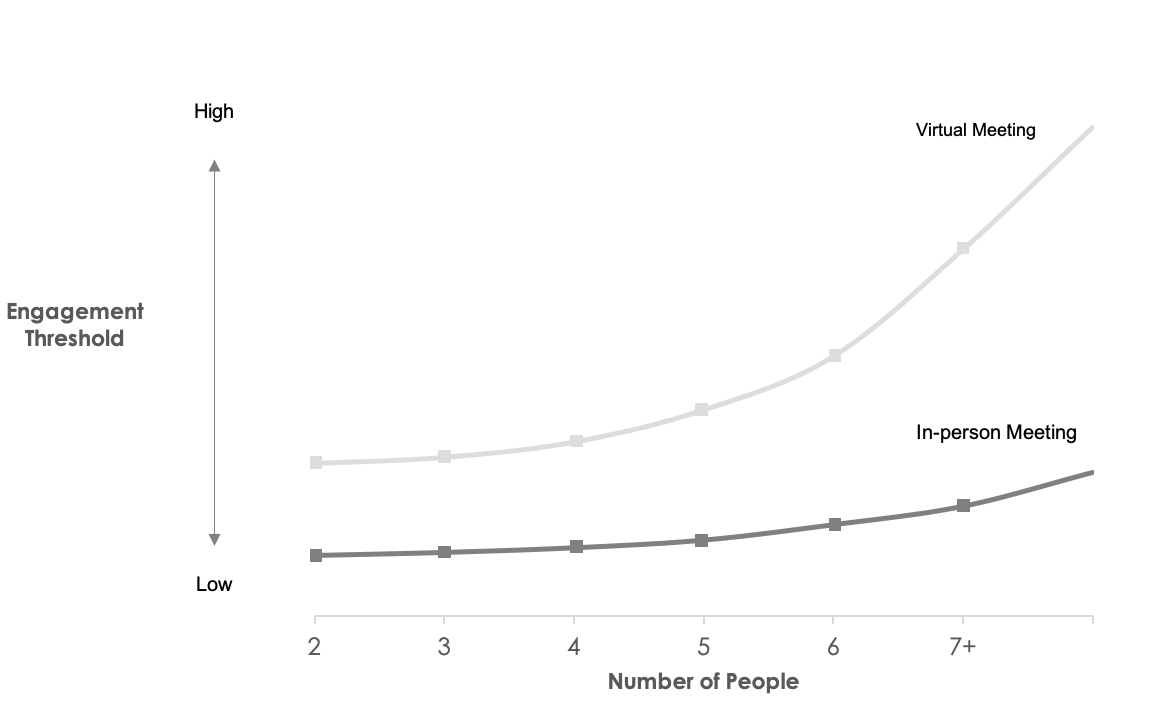 The secret to achieving and maintaining buyer engagement is to use the 30 + 3 rule. A seller (or anyone running a virtual meeting) has 30 seconds to grab (or lose) engagement. And because the virtual medium makes it so easy for participants to lose focus, sellers need to re-achieve engagement every three minutes.

Bonus tip #11: To the extent that you're able, minimize the number of attendees on the call to reduce the Ringelmann effect and keep the engagement threshold as low as it can be. Of course, it's best to have the right decision-makers and influencers present, but if the meeting gets too big, it'll be that much more difficult to keep everyone engaged.

By strategically scheduling, upping your interactivity, and following the other advice here, you can ensure that future virtual meetings will be similarly engaging as a face-to-face meeting would have been.

Want to learn more about how to maintain the engagement threshold, lead masterful virtual sales conversations, and become a top-performing seller in this new environment? Check out our new book, Virtual Selling, available now.