3 Ways to Get Cold Prospects to Talk to You 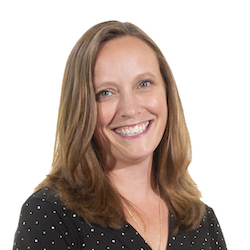 Cold prospecting – reaching out to targets you don’t know to generate an initial meeting – is one of the hardest parts of sales. Partly, it’s a numbers game. With decision makers more insulated than ever, it’s getting harder and harder to get past gatekeepers and beyond voicemail.

But what happens when you do get a cold prospect to pay attention – whether it’s because they picked up the phone, or responded to an email or a direct mail piece? Do you feel like you nail it every time?

Much prospecting success is determined in this first interaction. Many opportunities die here before you have a chance to engage.

What can you do to get cold prospects to shift from “go away” to “sounds good, let’s talk?”

Here are 3 tips to get you started:

Cold prospecting is not for the faint-hearted. You have to hear a lot of no’s just to get a few yeses, but it’s still a great way to fill the pipeline. Follow these tips, and you’ll be on the path to filling yours.